All snippets overheard at the Jeff Koons retrospective
The Whitney Museum of American Art.
Recorded by Tom Eubanks.

--No, there's one more floor.
Mother points down.

Kid in the stairwell: Can I sit on this? Is this a bench?
Two girlfriends descend.
--...just the realism!
--I mean, the craftsmanship!


Two women argue over the owner of a work.
--It's Leonard, not Ronald.

--These I like more. There's a theme to them.

A man approaches a guard.
Someone told me there was sculpture, he says.
It's trash! she stage-whispers.

--That would be cool in the back yard.

--It's the new. It's the same old thing. The vacuum cleaner is like the urinal, you know?

--It's important that one of us knows!

A couple enters the "Equilibrium" section of the show.
--These were famous. This is where he really took off.

In the "New" room, vacuums in plexiglass, a girl says to her friend with a dismissive wave and a sneer: My mother thought these were fascinating.

Suburban couple reading exegesis for Play-Doh, 1994-2014.
Out of the side of her mouth, she says, It's his latest.
He replies, Took him 20 years. They all seem to say that.

--I love his stuff 'cuz it's what I would do. Take the most ridiculous stuff and the cheapest materials and--.

Older couple descend stairs.
--Well, you saw it.
--She said she'd won only if I liked it.

Two friends inspect Woman Reclining, 2010-14
--This is crazy! Are those fins on are her legs?
--I've lost interest.

Before I left the museum, I spoke with the guard who had confessed to her friend upstairs that she had found the exhibit, "trash."
She's worked at the museum "for 18 years & 9 months."
I asked if she'll be moving downtown to the fancy new Whitney Museum just off the Highline.
"I don't think they want me," she answered. 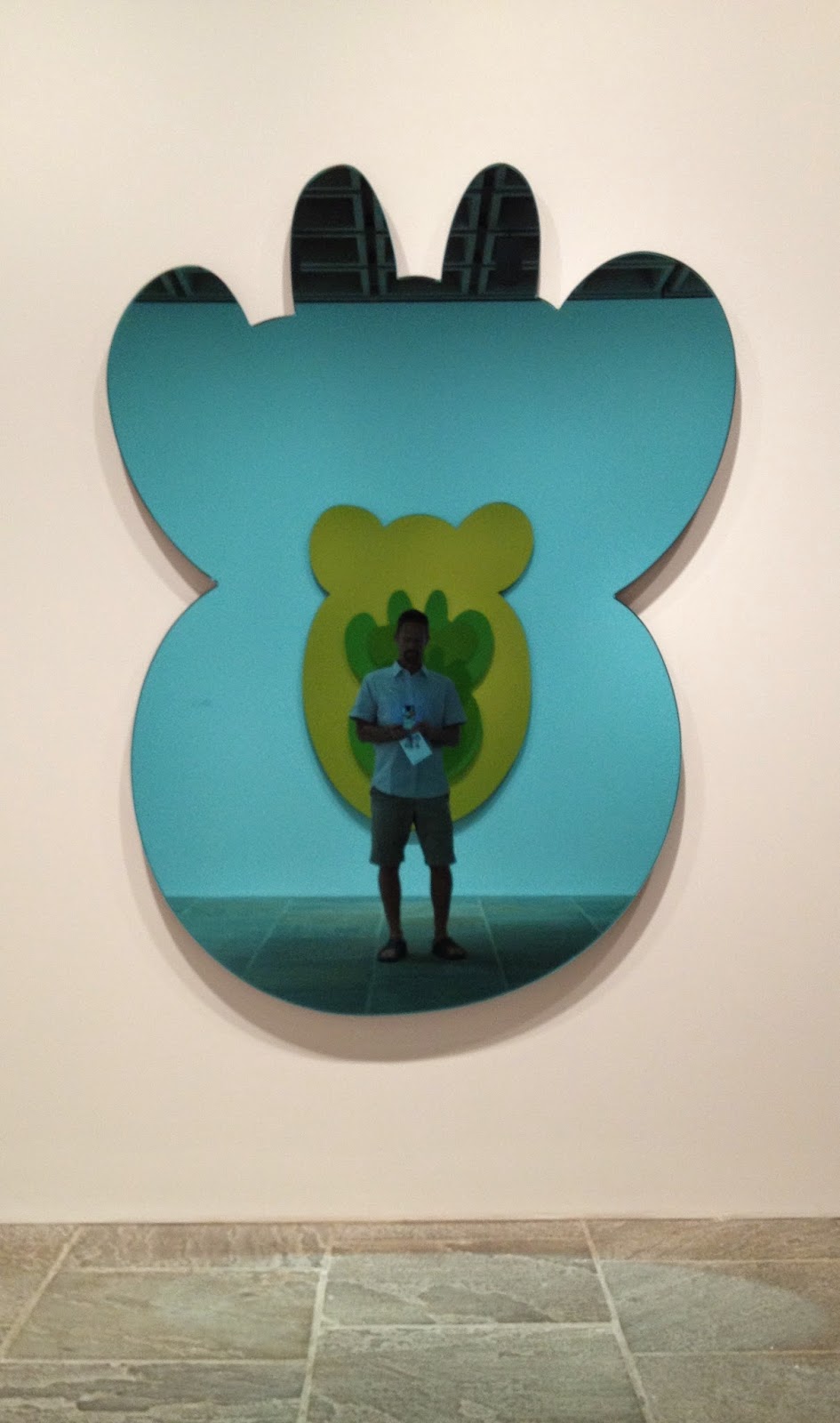 All photographs by Tom Eubanks.
Posted by tomus at 2:54 PM 3 comments:

Here ... where we run out of continent * 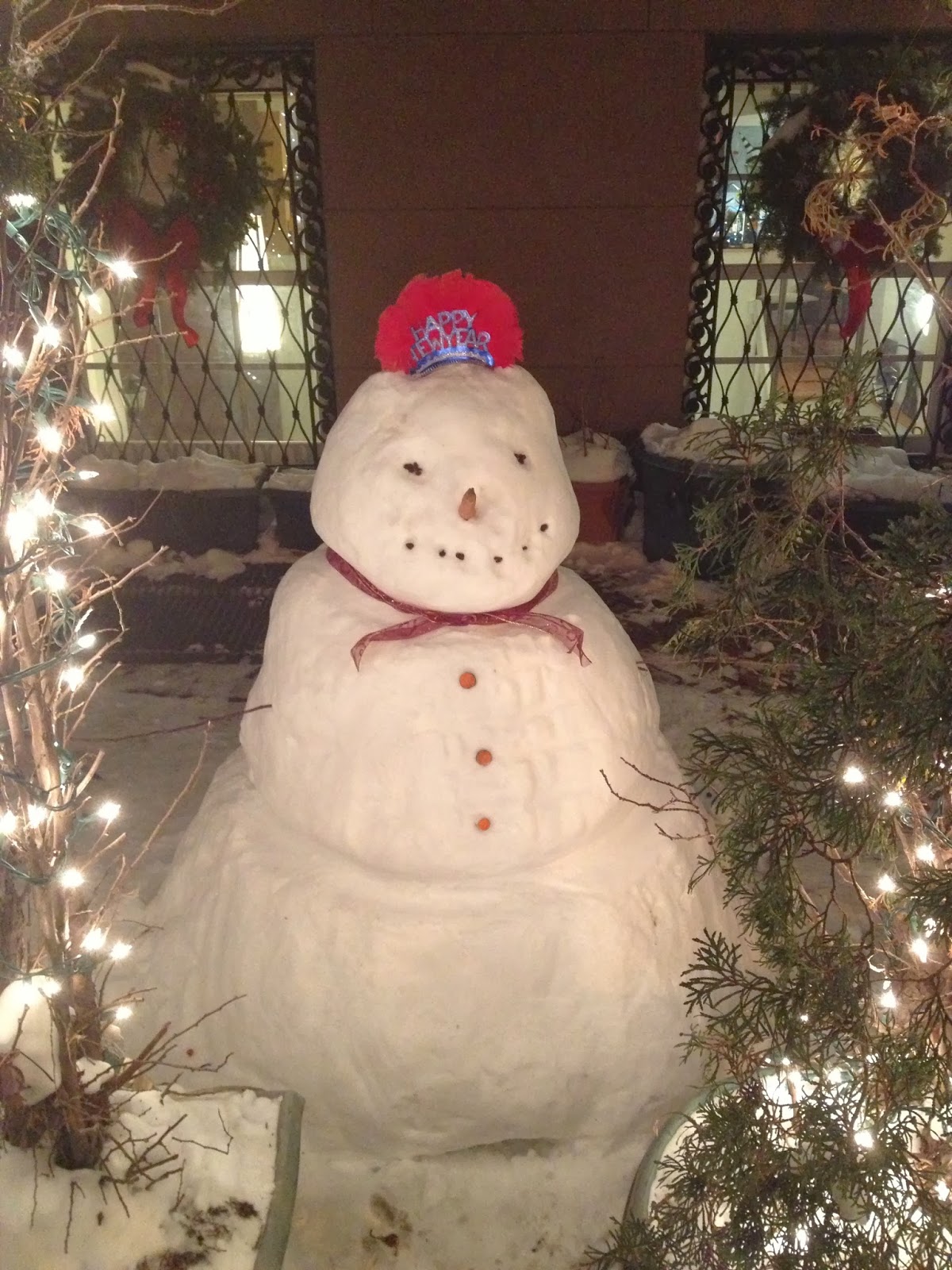 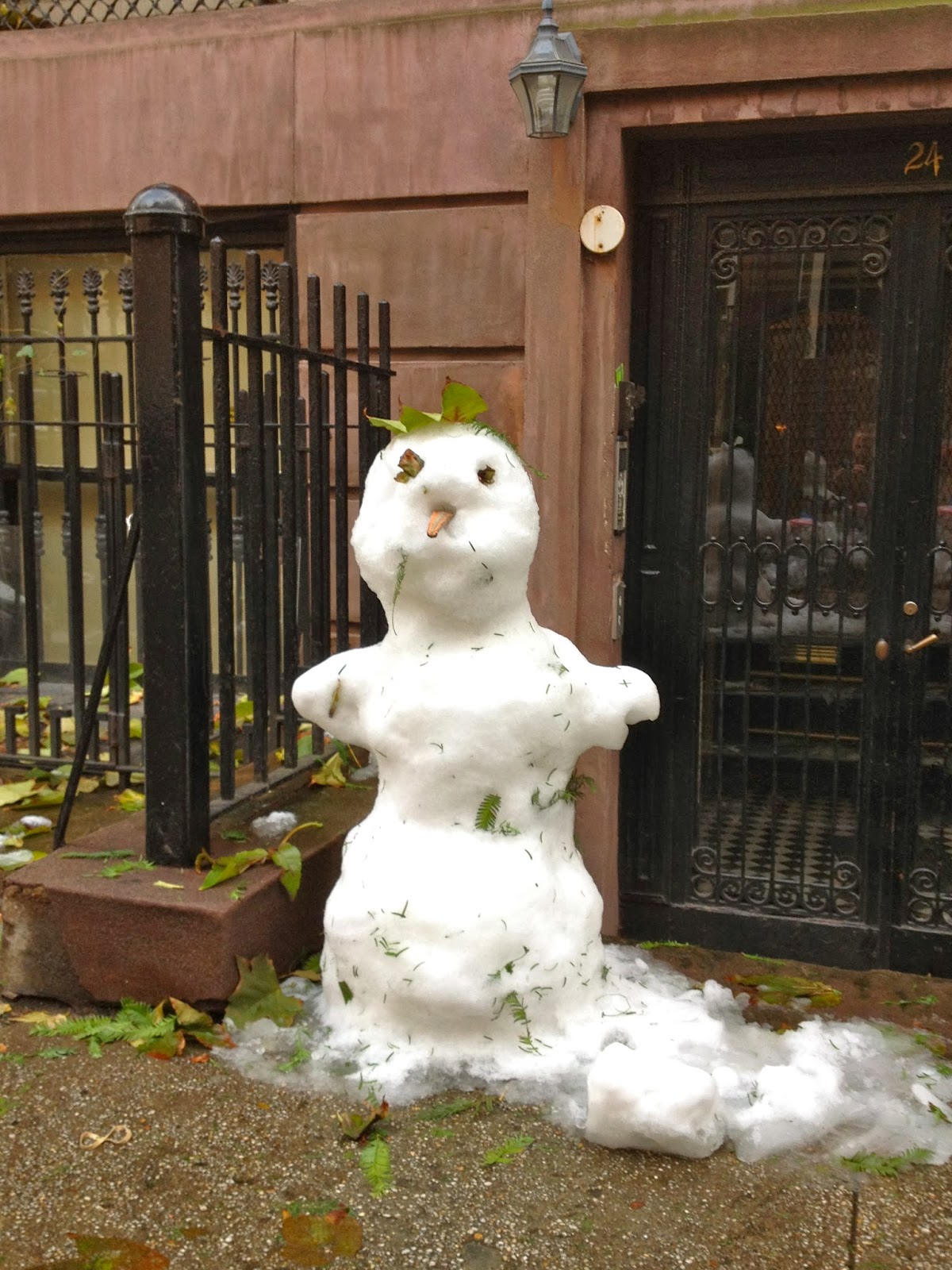 ---photographs by Tom Eubanks
Posted by tomus at 11:09 AM No comments:

A little Nat Geo in a New York City courtyard 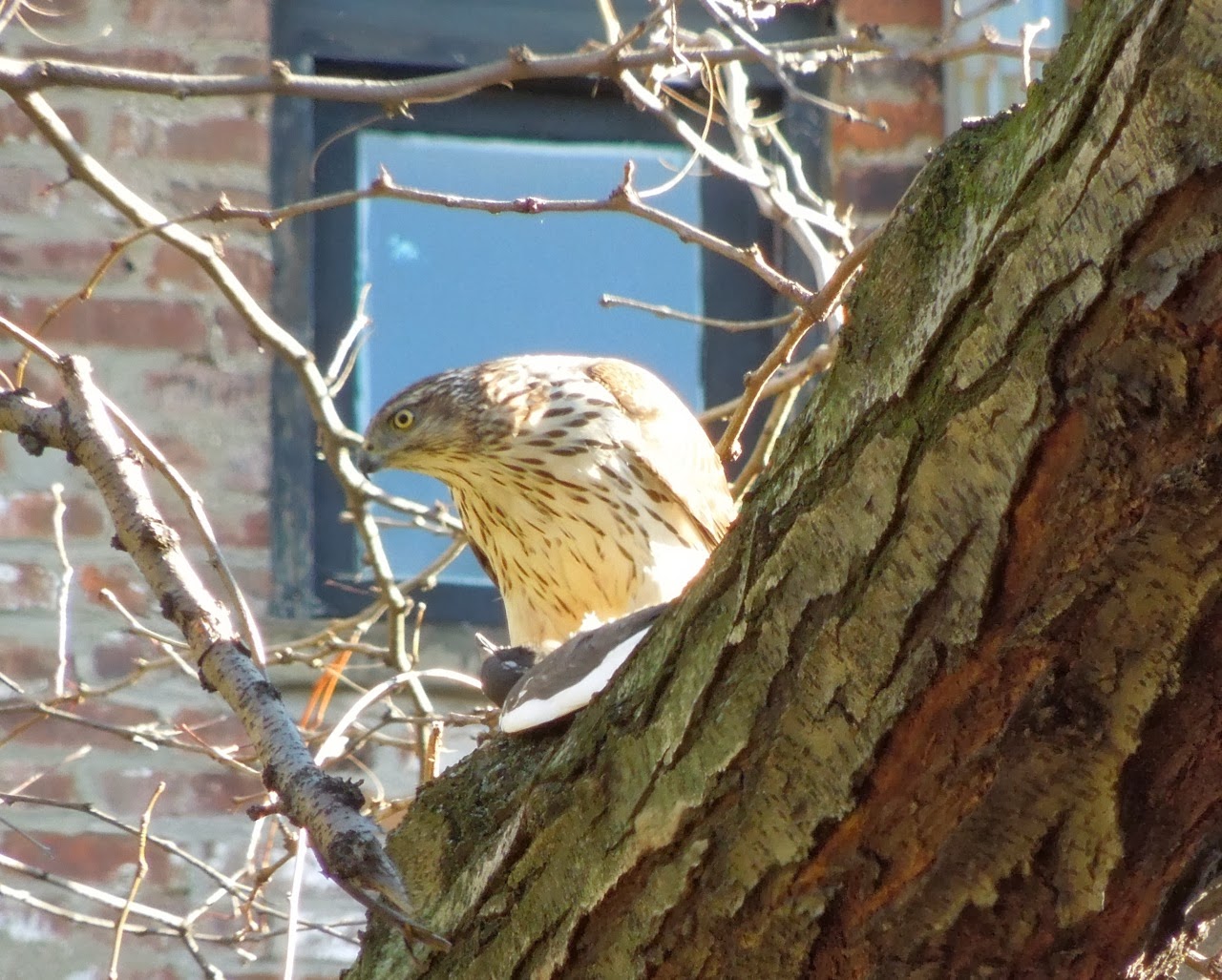 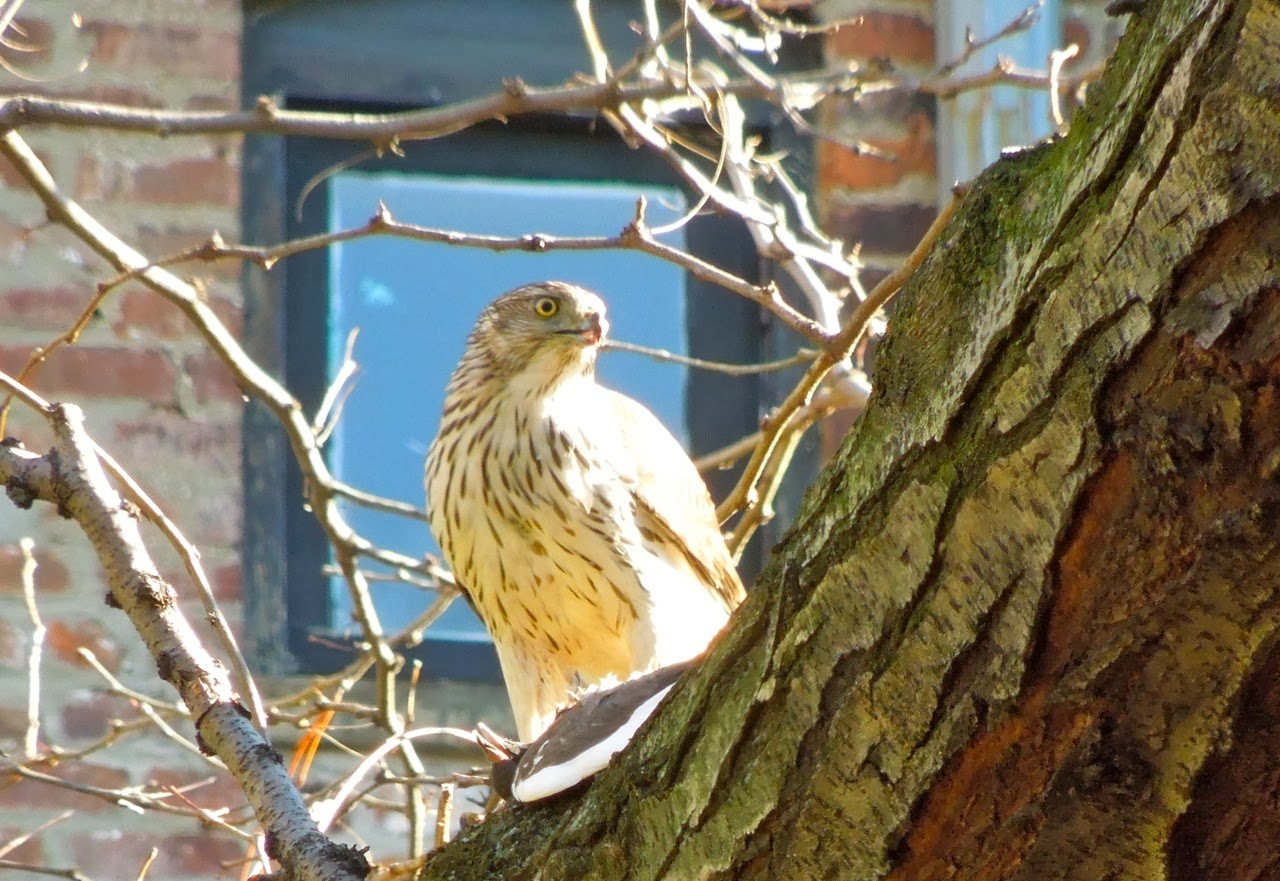 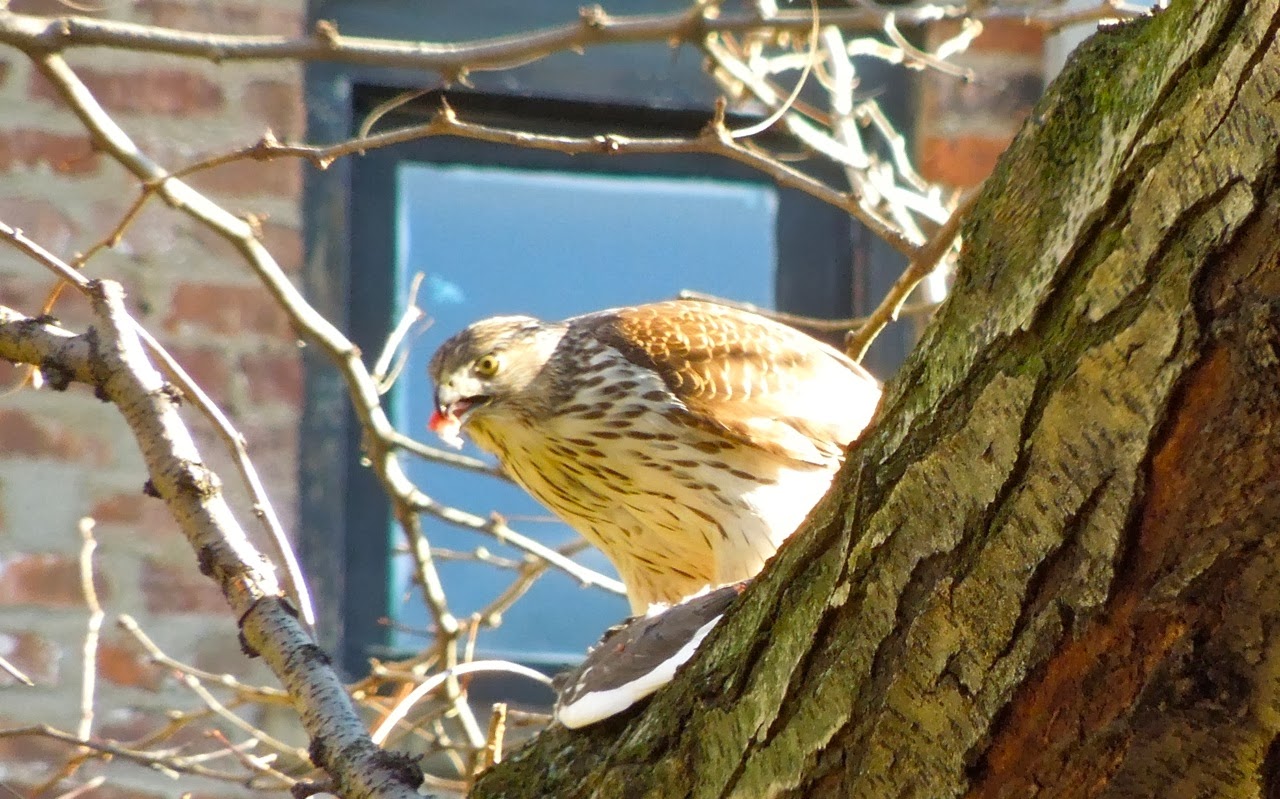 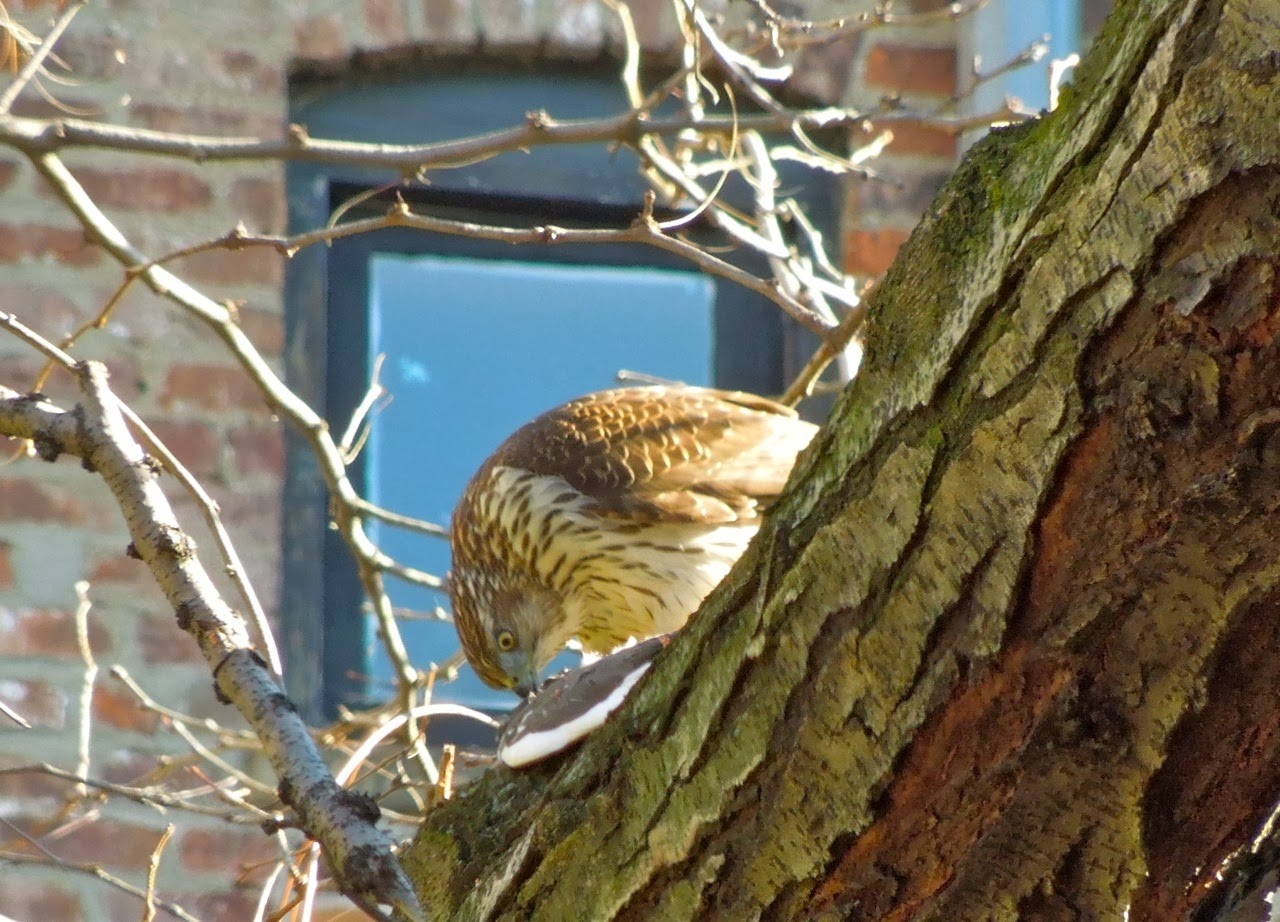 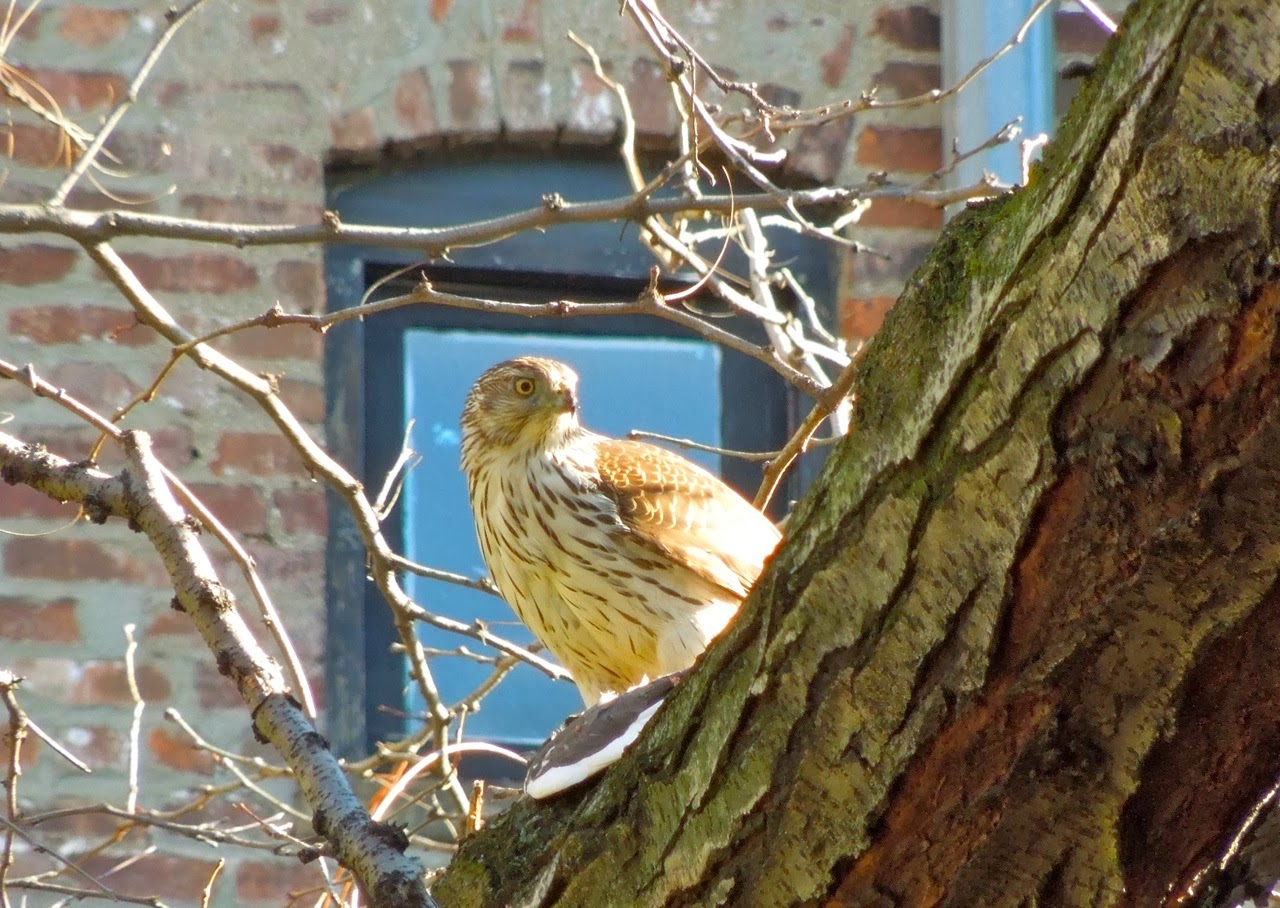 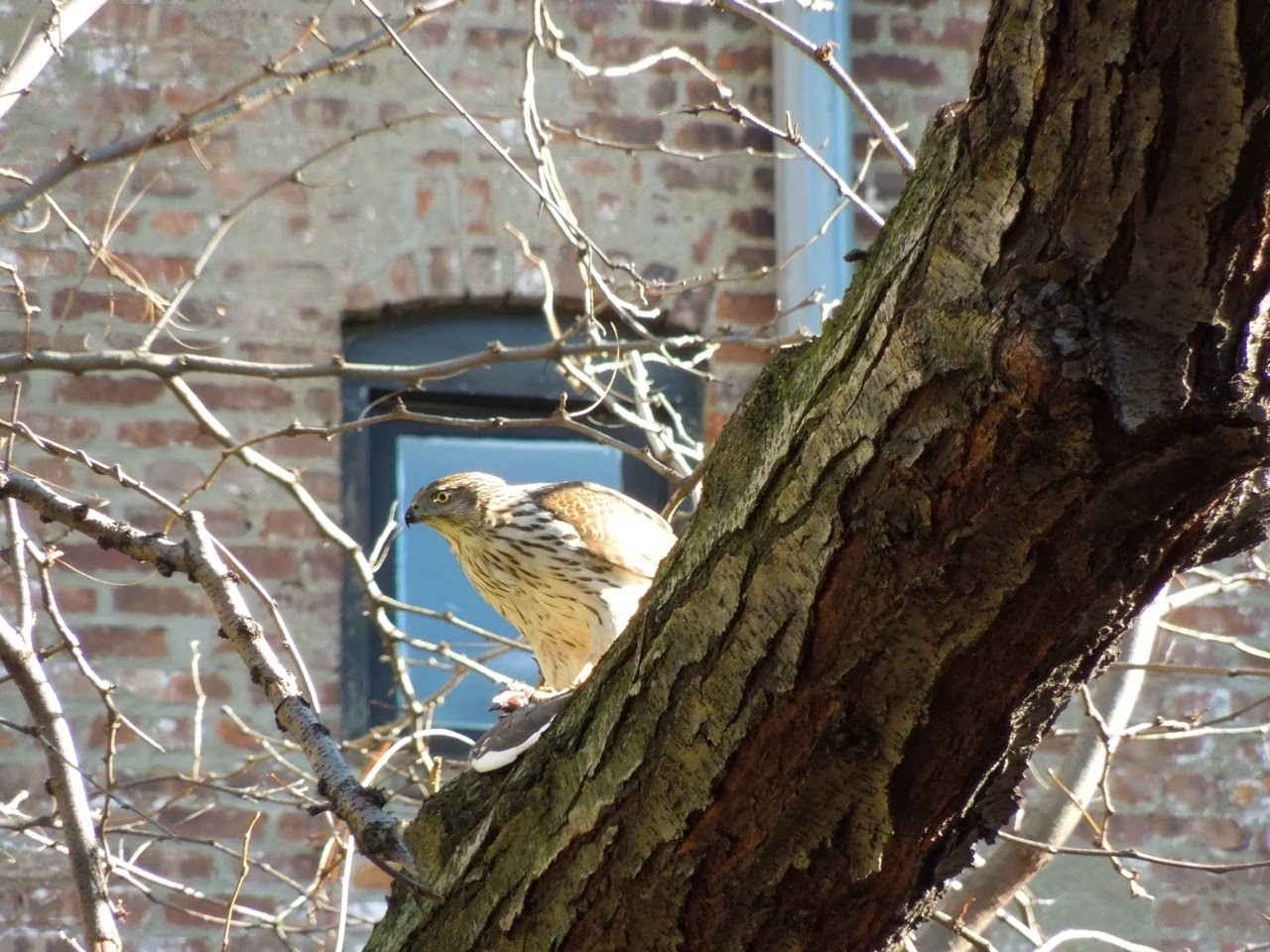 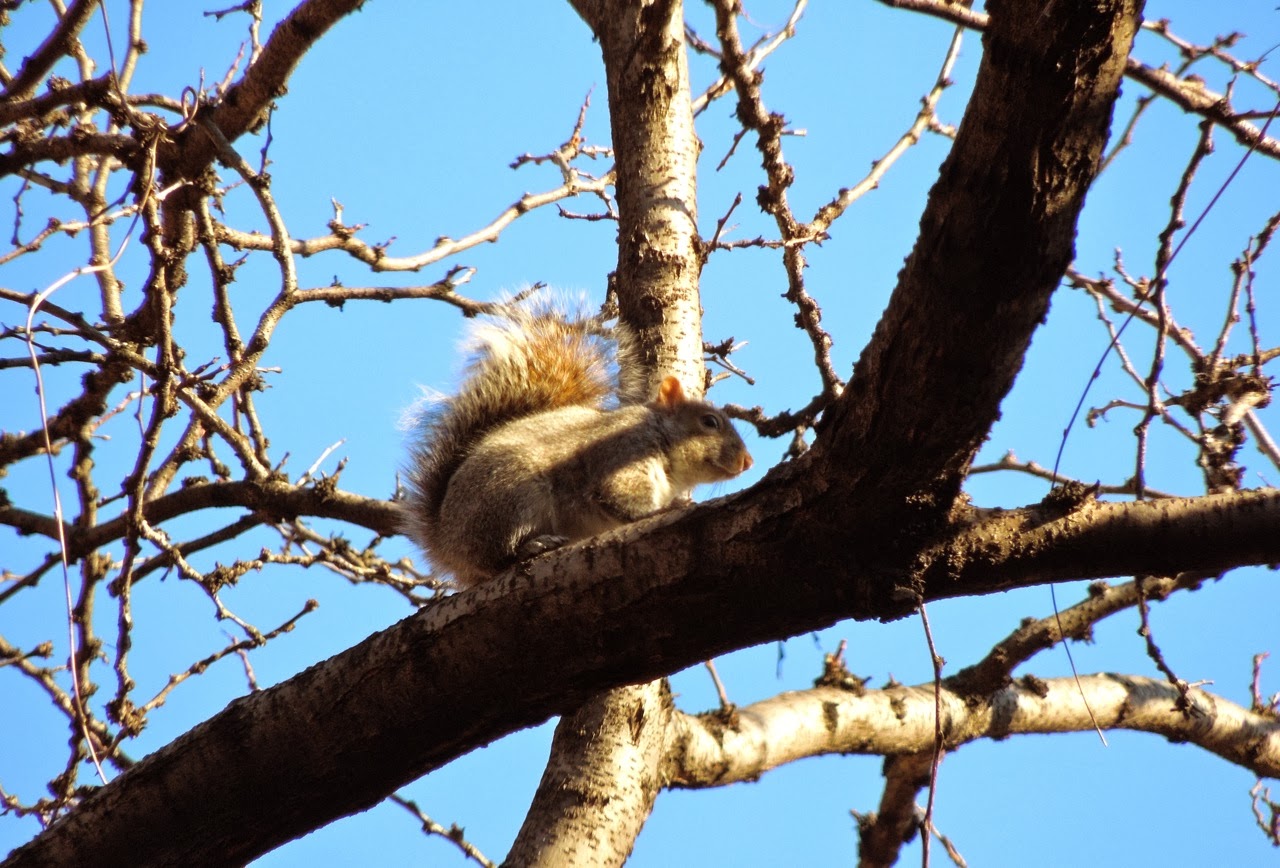 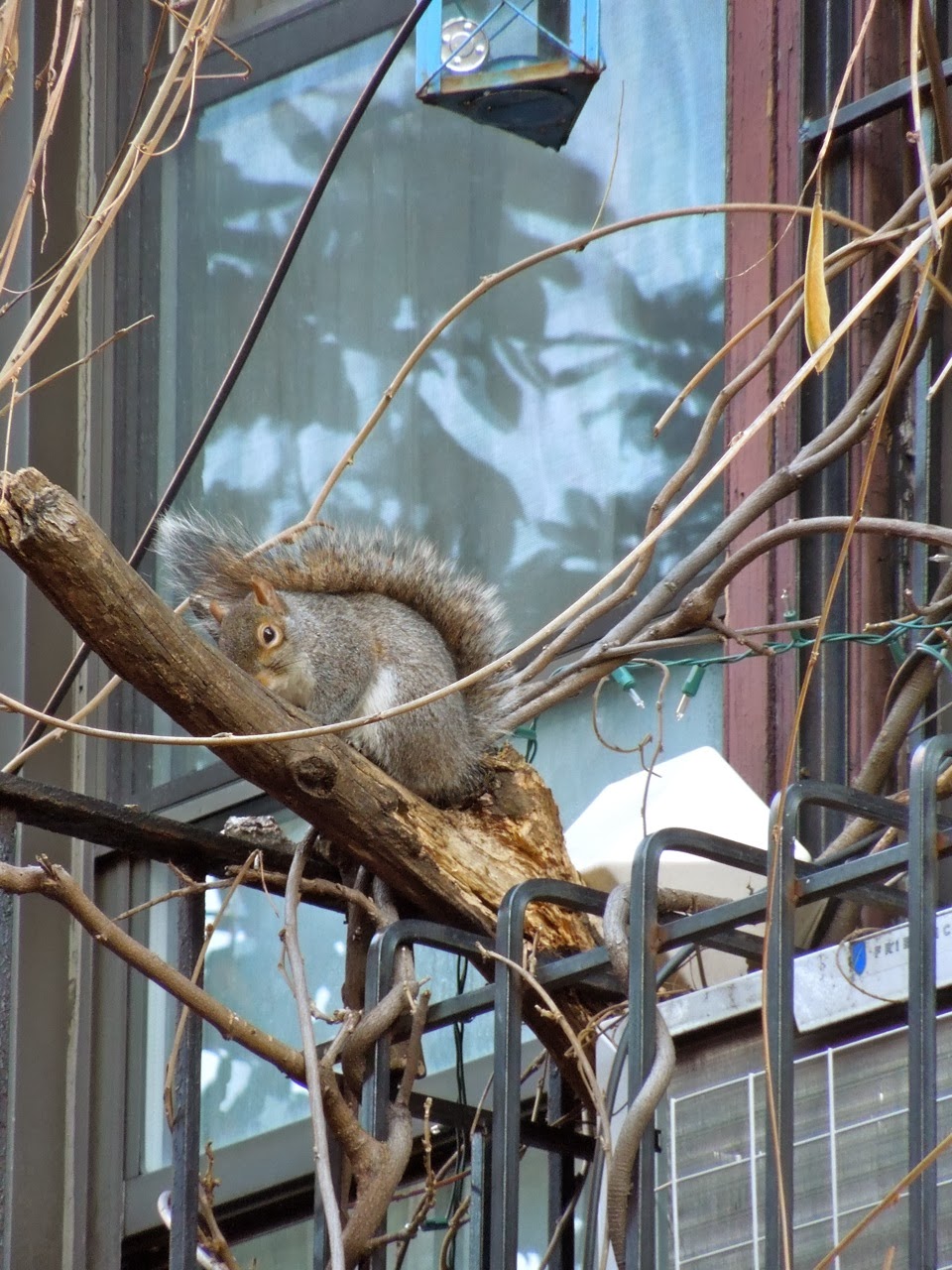 I usually do not like it when people, especially adults who know better,
dress animals in human clothing.
This year, I found an exceptional exception among the leashed and uninhibited
in the Tompkins Square Park Dog Run.
(It was a riot.) 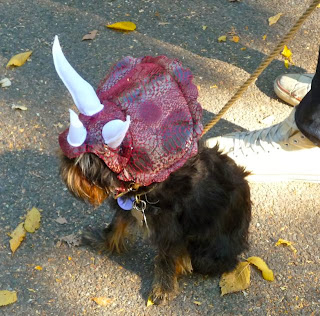 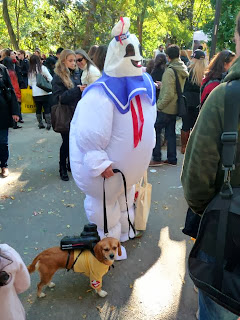 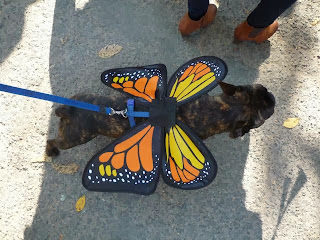 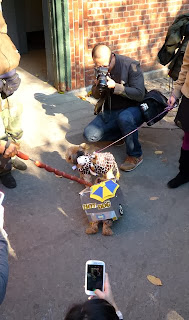 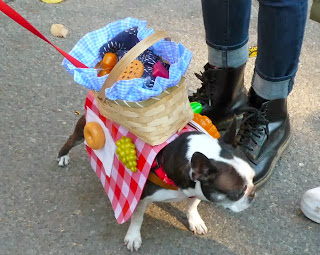 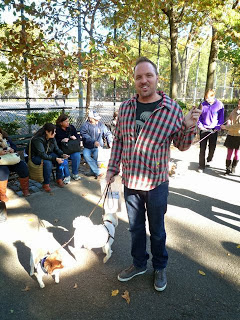 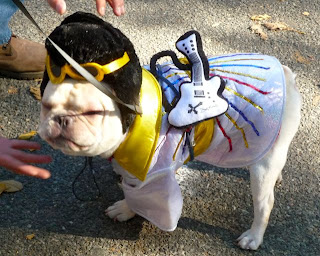 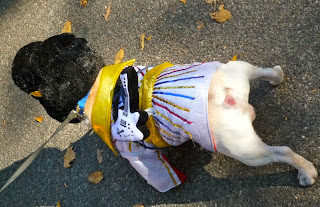 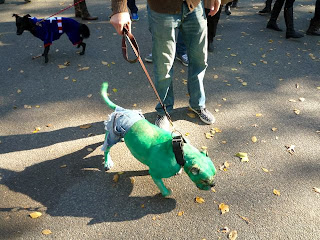 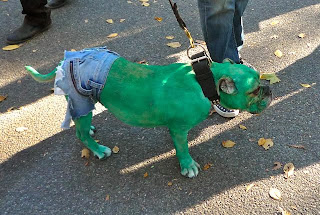 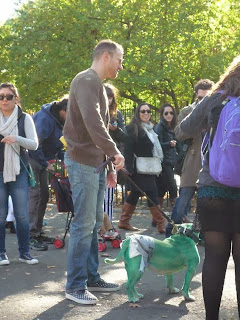 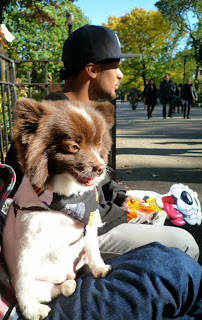 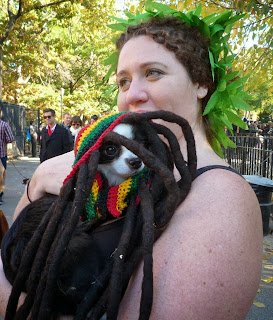 All pictures by Tom Eubanks


Photographs: Tom Eubanks
Posted by tomus at 7:50 AM No comments: